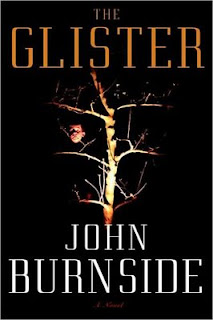 
This is not horror of the Stephen King variety (though i have nothing against SK)....rather it is cerebral....almost to a fault..meaning one can get lost in the atmosphere, both of the writing itself, and the setting of the story....to the point that one forgets that not much is actually happening,,,,that being said.

An abandonded chemical plant still awash in toxins...becomes the refuge of disaffected youth in the town that once depended on it..the town itself dying from civic apathy, cultural decline..the vestiges of corporate greed...severe ennui...and various odd cancers

Every year or so a boy from the local school has gone missing in the local Poisoned Woods. The local policeman, aware of the fact that these have actually been deaths..ritual killings......is also aware of the means by which they have been covered up...and suffers the usual pangs of guilt.A group of local youth decides to take matters into their own hands...or at least bring someone to Justice....with disastrous results..after a particularly violent bit of Avenging, one of the boys, Leonard, teams up with a fellow denizen of The Bad Place...and all hell proceeds to break loose in ways brutal, pathetic, and Biblical..ritual killing and an Infernal Machine.complete the steps to Oblivion

Imagine being a witness to your own death? Imagine that you are but one in a chain? Imagine being aware of these facts at the one moment when it is too late for that awareness to matter?

Just want to thank everyone who has stopped by and posted comments lately. I am amazed that anyone, besides myself, is interested in these reviews....no, seriously. So again, a big thank you to my "visitors"..I have one review...in the works...and a couple more "books on tap" to be read..and far more coming into the house than are "necessary".....shelf space is becoming a serious problem...ahem.

Jaydit
Woodsfield, OH, United States
i am 63 years old and read to save my life...my reviews will be opinionated..but i won't review books, in depth, that i don't like..why should i? but i will say why i don't like the book....nuff said

i would be happy to read pre-publication books (ARCs) and post reviews here..on my humble blog....you can reach me at jdthloue@yahoo.com....i will post reviews on Good Reads, Shelfari, and AMAZON, as well as any other sites you choose.